Parkour is a training discipline using movement that developed from military obstacle course training. Practitioners aim to get from one point to another in a ...

Descendant arts‎: ‎Freerunning
Creator‎: ‎David Belle
Famous practitioners‎: ‎Sébastien Foucan‎; ‎David ...
Also known as‎: ‎PK
Basically young people climb all over buildings and jump from one building to another, if they are particulary agile they somersault or do tricks.  Apparently according to Wikipedia see above, created by David Belle.
We used to call it DARE.
My friends and I used to climb scaffolding at the sides of buildings and see how far we could drop without breaking anything - young yes about 14-16 years old - stupid definately!
There was one day when my best friend and I climbed up a building in Moorgate near to the Bank of England. We got up to the third floor and were sitting on the windowsill looking at the view when one of the secretaries opened the window and told us to get in.
We were marched to the lifts with the secretary eyeing us suspiciously.
"Are you boys or girls?" She asked - a good question as we were both wearing sand coloured combat jackets with blue jeans and had short hair.
"Girls!" We both answered indignantly.
"You need to find yourselves a boyfriend." She snapped pushing the button for the ground floor.
What we really needed was a sandwich, all that climbing made us starving.
One of our favourite places to sit were on the backs of the Lions in Trafalgar Square. We were chucked off by a young policeman who took exception to our army jackets, and told us his dad fought in desert. We walked off towards the Mall discussing if he fancied one of us! (we were14 remember!).
London was our playground, we walked all over it, knew every inch. Climbed the lamp-posts with the Dolphins by the Thames. Walked over the bridges on the walls. Climbed all over the
Stations in London, even inside the British Museum. Climbing, walking, and stuffing meat pies as we went.
We both did the Duke of Edinburgh's award at school - we were the only two girls to do it.
Climbing - a doddle - potholing - narrow and squeezy - first aid a necessity, Judo, karate, you name it we did it - and we got our badges!!
We were invincible!
Not so invincible now - both of us have terrible knees and feet, weak wrists and we ache when it rains.   BUT we did it PARKOUR HA!  it was DARE but Linda Owen and Maggie Cooper did it first and we have the aches to prove it!
Posted by Margaret at 09:47 No comments:

Not really, Mothering Sunday falls on the 4th Sunday in Lent. In medieval times it was devised so that people working for masters far from home, could go back to their mother church and visit their families, and their mothers using it as a holiday.

The American Mother's Day - the Hallmark Holiday came during the presidency of Woodrow Wilson and it's the second Sunday in May.

I hardly think of myself as a mother now, yes I had some lovely times with my son when he was a child, but the badly drawn cards from nursery school, primary school, and secondary school ended when he went to Uni. When he told me "He didn't believe in Mother's Day".
I told him he better had - so go out and get me a card!

One year home from Uni he cooked a mother's day meal. He got quite flustered about getting it right, but he did me proud.

I used to buy my mother flowers and chocolates she loved Frys walnut whips, or the pink and white cocoanut ice. The three sisters would try and make it a happy day for her, because she was the first to come and comfort us if anything went wrong with our lives. She would stand up for us when Dad lost his temper if we spilt nail varnish or got home late.
When she died I was devastated, she was just coming up to 50.

I haven't seen my son or spoken to him by phone for nearly ten years now.  I get the sporadic e.mail but it's hardly a relationship. Half the time I don't have an address or phone number for him - I don't at the moment.

It's only because I know how to use the internet that I know what he's up to at all.

He says on the odd occasion that he still loves me, but it's a funny kind of love that won't show it's face.

I wish now I was like a lot of other 1980s mums, having affairs, leaving their kids to their own devices, neglecting him for having a life of my own. But I didn't. I tried to make every
day the best I could for him. Sometimes it was hard, his father made no contribution to his upbringing - and even cried once when I asked for money for a pair of shoes for his son.
But going to a bar with his mates and spending large amounts of money on drinks was ok.

I never bad mouthed his father to him.  He now has a relationship with him ringing him once a week.

So mother's day.  Another tearful day for me, when I see flowers and grown up children arrive to spend time with the woman who bore them and brought them up. Appreciating
the sacrifices they have made for them.

I wonder every year what I have done to be so punished.  Mother's day is a very cruel
holiday, not just for me, but for mother's who's sons have died. Heartbreaking.

I still love you Matthew Buxton - even though it really hurts. 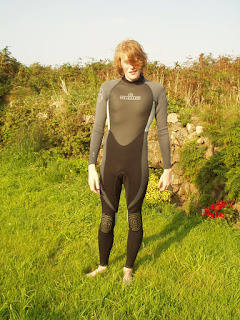 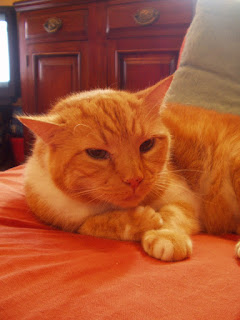 Posted by Margaret at 09:04 No comments:

Things you should never do if you're me

Causes me to gain weight

Causes frustration and tears, because however I try to help it's never enough.

6. Live in a small house

Causes a feeling of uselessness

Causes a downward spiral into lethagy

Causes a shock, because of my rheumatiod arthritus, I can hardly walk!
I dream I can run sometimes

Causes a drop off in readers

Posted by Margaret at 02:09 No comments:

Spring and the budget

Apparently tomorrow will be the last Spring budget, thank goodness for that. It's bad enough being told once what we can't afford any longer, let alone twice.

I feel like I'm back in the 70s, where food is going up exponentially every week. Sainsburys large pack of butter was £1.65 last week yesterday £2.65. for example. Even Cornish daffodils are £1.25 instead of 99p. I know for a fact the Cornish growers, packers and pickers won't be getting an increase in their pittance,

So where is the money going? Yesterday I turned the news off as a 22stone guy in an outsized expensive suit was spouting off about making cuts. Us - not him obviously.

A few years ago petrol cars were terrible, now it's diesel, petrol and diesel prices have shot up again and owners of diesel cars will be penalised.  I have an ancient diesel 4x4 to pull my caravan. Petrol cars struggle at the best of times and it would be impossible with the pretty hybrid or electric cars.

Every year we grow garlic, potatoes, blackberries, strawberries, blueberries, apples and pears, basil, fennel, sage, rosemary, chives, Some years are better than others but my fruit and veg is seasonal and fresh and I don't have to pay for them.

We pay for the NHS and others benefits from the percentage taken from our wages in the National Insurance payments, a large lump of our salary, added to by 12% by our employers. Yet this budget will make cuts to the NHS to try and make us like the US and Australia to pay for our treatment privately.

Yes this is a rant and nothing to do with writing, my recent book is just after WW2 and rationing has just ended and "people have never had it so good."

65 years on, there's still extreme poverty, division, racist attacks, the rich are still rich and the poor are still poor. Yet anesthetized by technology, gambling and sex - no progress is being made. Aldous Huxley's 1984 brought it home, the lower classes kept in their places
by scandalous newspapers and wars, the upper class the power players keeping them there.

As Jodie Mitchell sang "When will we ever learn?"

Birds sing their little hearts out in broken unblossomed trees,with no idea of life but what they see and feel. They soar in the skies, chattering, making murmerations, unworried
what Trump or Kim Yong Il is doing or where their next feed is coming from.

Spring feels different this year, It doesn't feel like a fresh new beginning.
It feels like the end.
Posted by Margaret at 00:13 No comments: